Xilisoft iPod Video Converter converts video files in nearly all popular formats into MPEG-4 and MOV files, so that you can enjoy them on your iPod and iPhone. You can also extract the audio of those video files and save them also on Apple-compatible formats, such as MP3, M4A, WAV, AAC, and AIFF. The program combines its batch capabilities with multiple conversion processes in an intuitive and clear interface.

Strictly limited to iPod-compatible formats, this conversion utility lacks the versatility of many other similar tools. However, if it is an iPod (or an iPhone) the only portable device you want to transfer your videos to, you will be delighted with this Xilisoft tool. It compensates its short list of supported output formats with a fast and reliable conversion process with a high level of flexibility. Thus, not only you can convert as many files as needed in batch mode, but you can convert each of those files into as many output formats as needed in one single operation. You may want to re-encode your AVI, WMV, or MPEG video files into an iPod-compatible codec and extract their audio at the same time, so that you can add it to both your video and music collections. Likewise, you may decide to create various versions of the same video file using different codecs and/or settings, watch them on your iPod and decide which ones to keep and which to discard based on their playback quality.

The possibilities are manyfold, and the program’s conversion speed – making use of as many processors as your system can offer – will allow you to make as many tests as required without taking much of your time or your system’s resources.

The program offers you various audio and video presets for seamless and fast conversions tasks, whose settings – both basic and advanced – can be tweaked for best results. Its built-in media player will also let you preview both the input and the output of any video file on your conversion list.

Not being a free tool, however, this video converter can hardly compete with the dozens of video and audio converters in the market that support most (if not all) popular media formats for both the input and the output. Its lack of basic editing functions, present in most media converters, is another drawback that potential buyers should take into account.

Windows 7 end of support: what should you do? 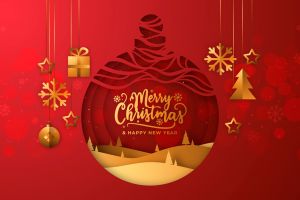 Thank you for rating the program!
Please add a comment explaining the reasoning behind your vote.
0 comments